A FUN DAY AT AGON


On the 25th of September, the basketball court was buzzing with excitement as we, the boarding students, were all going to Agon, a sports centre, to play sports for the full day. At around 10:45 am we started to board the buses, the centre was around 45 mins away from the school. The journey there was full of laughter, excitement and a little bit of nervousness too.

When we reached, everyone got off from the buses and took a group picture. There were smiles on all our faces. We were all then briefed on where to go, where we were not allowed to go, where we were allowed to go and what to do. We then proceeded to go to our sports which we picked as our first preference. There were 4 sports that we were allowed to choose from. Badminton, table tennis, pool and a car racing arcade game. In badminton, we were all split up into pairs. We had to either play against each other or work together as a team to beat another team. We all quickly went and put on the special shoes we needed for the badminton court and started playing. The whole badminton court was filled which noises of sneakers rubbing against the wood floor, scores being shouted out and shouts of happiness. Each game was played for about an hour and a half. If someone won a badminton match they would proceed to play against another person until only two of them were left, for the finals. If they lost then they could proceed onto another sport. Normally after badminton, they would proceed to table tennis. They only had two tables tennis tables but it was ok because everyone took turns. Same sequence that we had for badminton applied for table tennis.
An electric atmosphere hovered around the grass-green pool tables, low hanging white lights illuminating it to the perfect degree. Good friends turned to opponents as Mr.Nimesh jotted down their names, carefully plotting the match's structure. Over the span of one and a half hours, the tournament had reached its semi-finals, hosting 4 players, including me, who had won every single match they'd played. With butterflies in my stomach, I came to the harsh realisation that one mistake would mean the end of me, upping the ante and concentration levels of everybody present there. My friends and I played the last set of matches with a unique mixture of sportsmanship, competitiveness and fun, resulting in Ridge Martin, an IB1 student, and myself winning the tournament. Although we aren't 'pros', I felt that playing on the club pool tables legitimised our skills in the world of pool.

The car racing simulator was simple, get into the comfy seat and slam the pedal. Of course that was an oversimplification, but it is said that simple things are the best things in life, which was evident, just violently twisting the steering, tap dancing on the pedals having no idea what we were doing was the most fun we'd had in a while. The realism transcended when the heavenly speakers blasted out loud racing notices, we found ourselves confusing reality with the immersive gaming system.

It an extremely fun filled day that all the boarding students will remember for the rest of their lives. We hope that there are many. More opportunities like this. 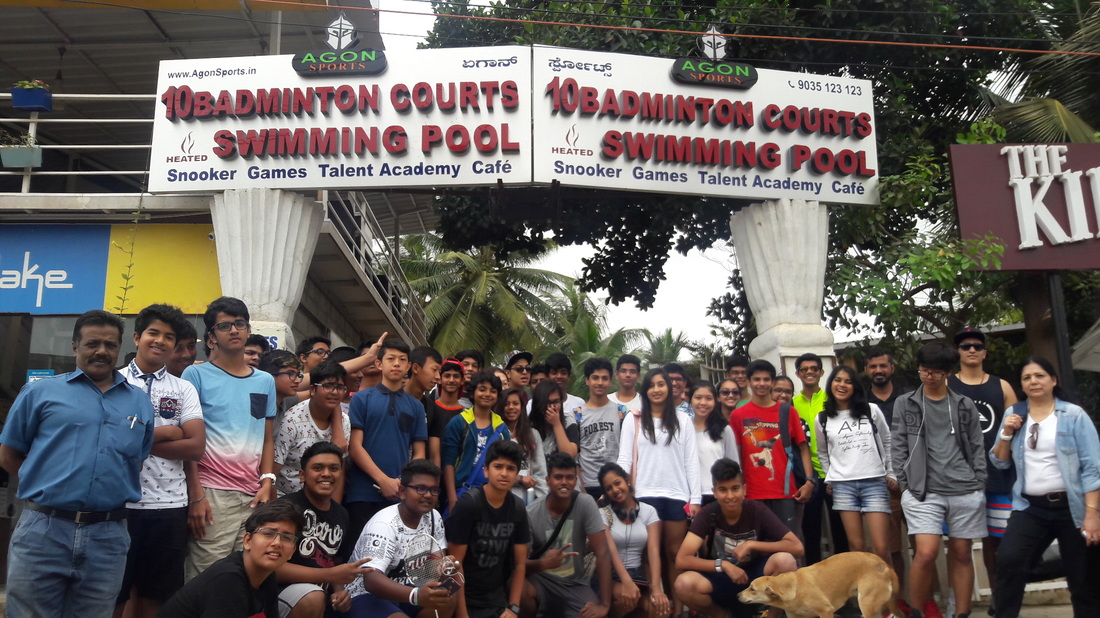