We had woken up at 4:00 am, the sun hadn't risen yet and the whole boarding was silent and dark . Many of us were really unhappy for the early wake-up call but at the end of the day it was worth it. There were around 12 students who had gone to the ride and some of them were also lucky to win tickets from the raffle which was held at the boarding the day before this event. Accompanied by Regin sir, we started our bus at 4:30 with everyone still sleepy and the sky was still dark and dull . The venue for the event was on the air force base, which is not that far off from the school. The ride took us around 30 minutes to reach, and as we did the ballon was getting inflated, we were just it time for the majestic sun to rise from the infinite horizon. We were also issued some boarding passes for the Balloon ride and we were really excited and eager to get in it . As the hot air balloon crew finished inflating the ballon we were able have the great view of the balloon . The balloon had the logo of the royal challengers Bangalore (a ipl cricket team) and it was giant, painted red . Overdosing on an adrenaline rush when we saw the balloon, we were desperate to ride on it but only four members were allowed to ride on it at a time and each team had around 8 minutes to stay in the sky. As the hot air balloon rose, so did the butter flies in our stomachs, but unfortunately we weren't allowed to fly too high as the Indian Air Force base was close by . But still in the height in which we flew the view was amazing. We had a memorable experience in this trip. Then by 7:00am all of us were done with our turn, and we returned to school 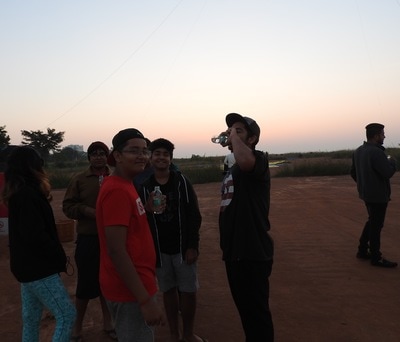 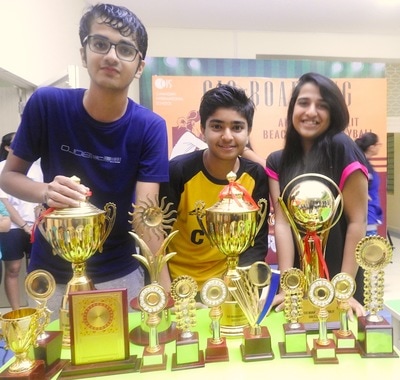 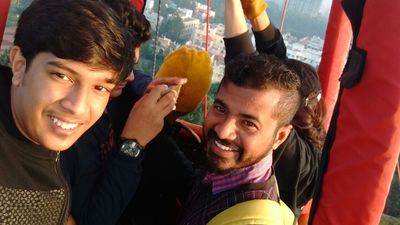 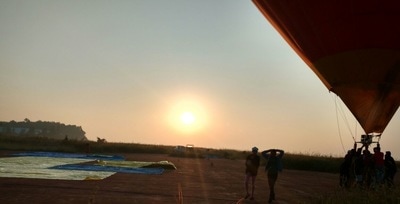 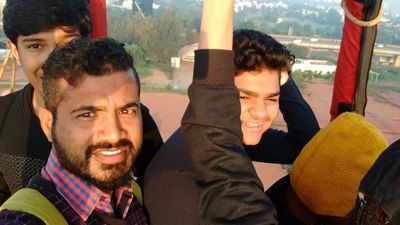 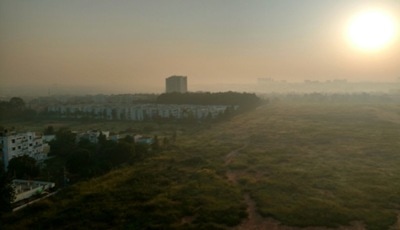 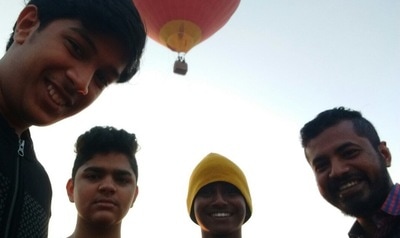 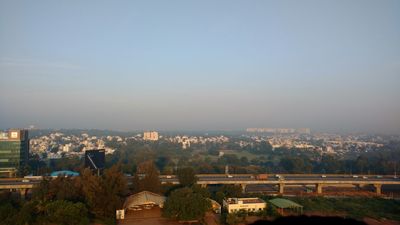 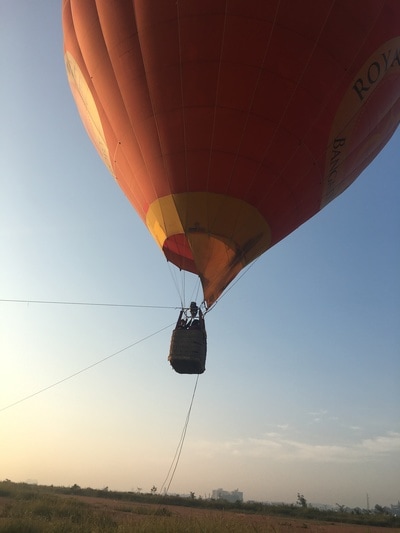 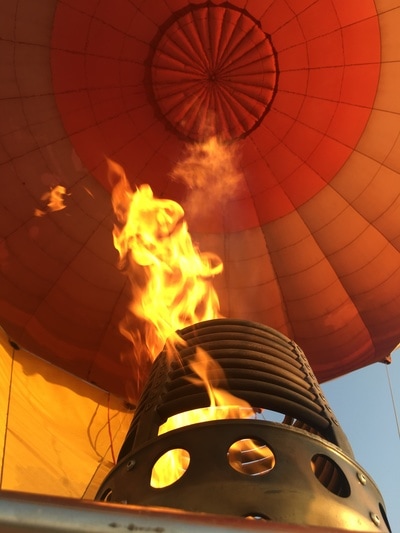 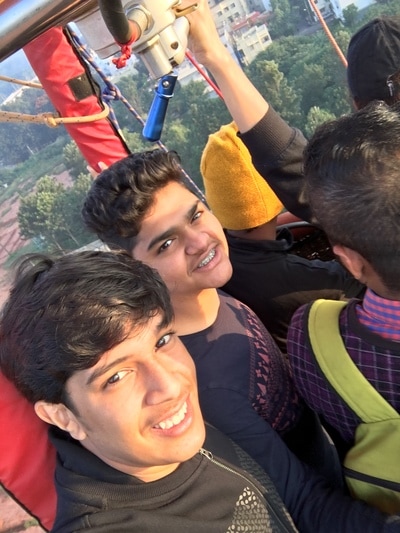 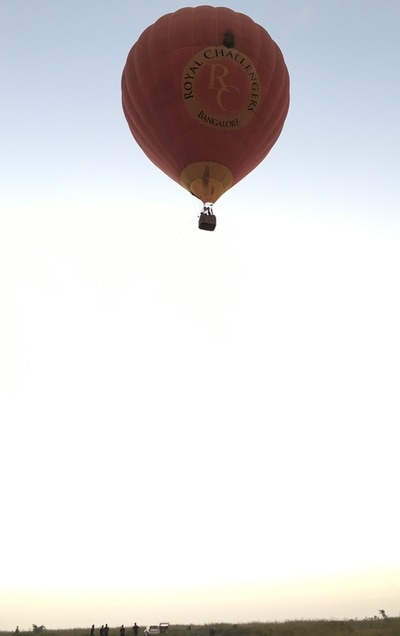 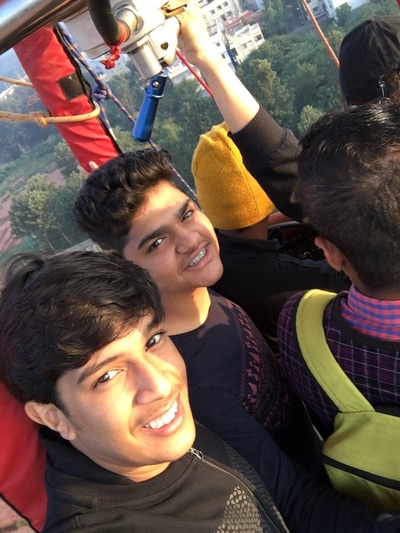 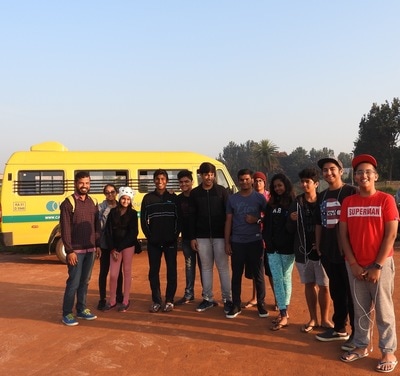 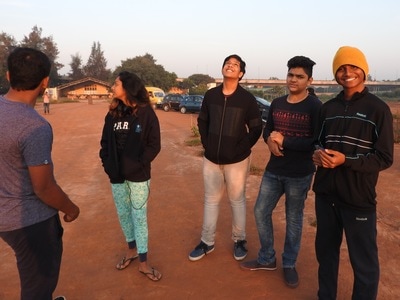 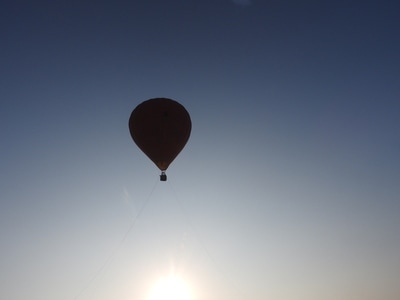 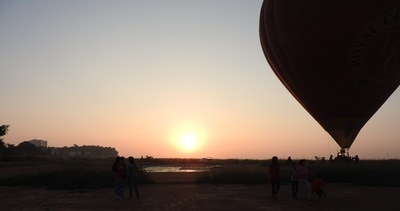 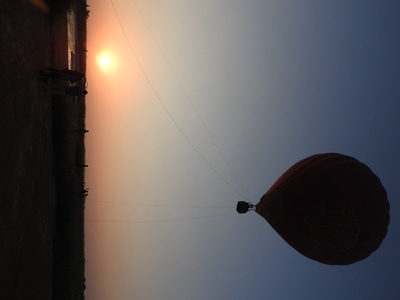 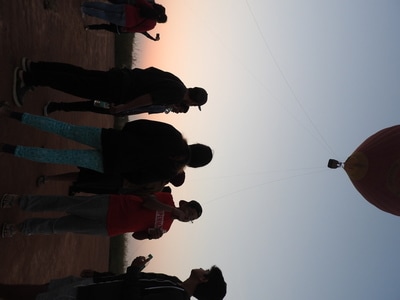 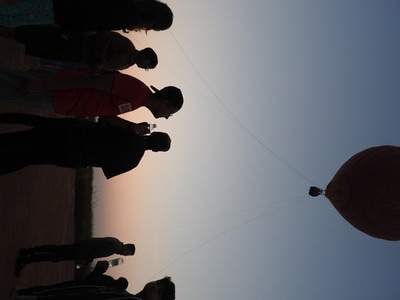